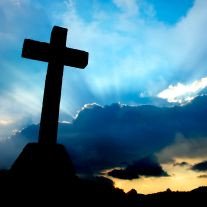 Windell Rowell Elder, 80, went to be with his Lord and Savior on February 15, 2022. He was born on March 28, 1941 to Jamie Rowell Elder and Mary Jane Richey Elder. He married his precious wife, Linda Whiteside Elder on July 2, 1961. They began their life together in New Albany where they worked and raised their three children. Mr. Elder enjoyed farming and working in his gardens. He mostly enjoyed reading and studying God’s word and teaching his Sunday School class. He was a faithful member of Bethesda Baptist Church, where he served as a deacon, a Sunday School teacher and music leader. He was a former mason, a former small business owner and a former police officer for the city of New Albany. He was also a retired driver for Gulf Transportation Company out of Mobile, Alabama.
Mr. Elder is survived by his wife Linda of 60 years; a daughter, Beverly Hampton (Gerald) of New Albany; a son, Greg Elder (Roxanne) of Guntown,; a daughter Jackie Hatch (Steve) of Morton, MS; six grandchildren, Matt Hampton, Tommy Hatch, Shayna Shores, Rachel Elder, Jacob Elder and Bradley Hampton; seven great grandchildren; numerous family members and friends; and his fur baby, Suzie.
He was preceded in death by his parents; two sisters, Shirley White and Shelby Portis and one brother, Jamie Waymond Elder.
Funeral services for Mr. Elder will be 11:00a.m. Saturday, February 19, 2022 at United Funeral Service. Visitation will be Friday, February 18, 2022 from 5:00p.m. until 8:00p.m. Bro. William Cook will officiate. A graveside service will be held at Keownville Cemetery.
Pallbearers will be Matt Hampton, Tommy Hatch, Bradley Hampton, Jacob Elder, Jacob Shores and Steve Elder.
Mr. Elder’s final prayer would be, if you do not know Jesus as your Savior, run to Him today. He is waiting with open arms.
For online condolences and guest registry, please visit www.unitedfuneralservice.com