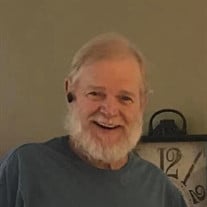 Mr. Dennis Eugene Lang, 63, passed away on February 22, 2022 at Regency Hospital in Meridian. Dennis was born on March 3, 1958, in Sapulpa, Oklahoma, to Helen and the late Wylie Lang. Dennis was a Veteran of the United States Air Force. He was a self-employed mechanic for 20 years and he would work on and fix anything. He was very outgoing, helpful, and kind. If you called him for help, he would drop what he was doing and come help. You could often find him around the grill. He was a loving husband, father, grandfather, son, brother and friend. He loved his canine companion, Ruby. He married Marie Lang on November 5, 2006, in Bay Springs. He was of the Baptist faith.