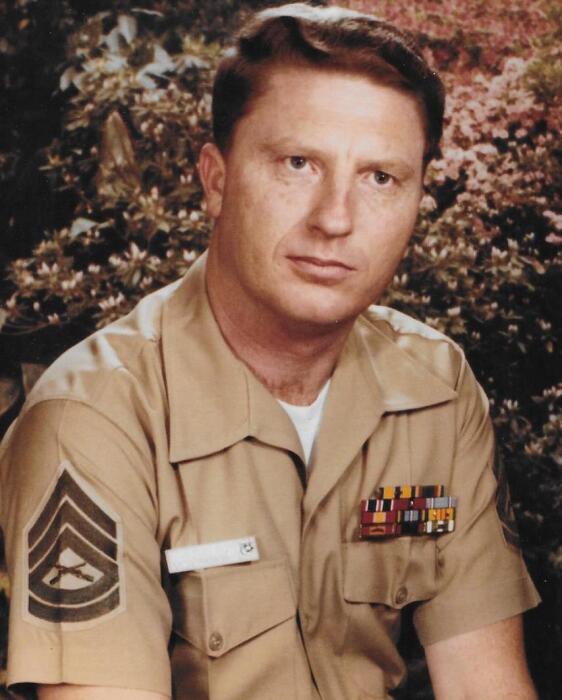 Jerry was a husband, father and US Marine.  He married Carolyn Young on July 10, 1965.  They were married 56 years and traveled many places together during his career. While living in Clarksville, TN, they were faithful members of First Baptist Church.  One of their greatest joys was spending time with their children and grandchildren.

Jerry joined the United States Marine Corps when he was 16 years old and served proudly for 26 years (4 years in the United States Air Force and 22 years in the USMC).  His military career included two tours in Vietnam.  He was stationed 8 years in Clarksville as a USMC recruiter.  He met and inspired many young people to serve their country, establish a career and travel the world.  Jerry also worked at Blanchfield Army Community Hospital as the Communications Chief for 20 years.  He took his responsibilities seriously and was dedicated to doing his job well.

A family graveside service with military honors was held on March 7, at Kentucky Veterans Cemetery West.  In lieu of flowers, the family requests that donations be made to St. Jude Children’s Research Hospital, Memorial Giving, 501 St. Jude Place, Memphis, TN 38105 or online at stjude.org.