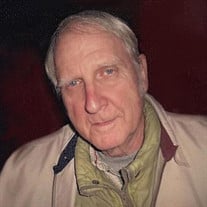 Jerry grew up in Monroe County and graduated with the Amory High School class of 1963. He married the love of his life, Brenda Murphy on May 29, 1964 and together they were blessed with two children and several grandchildren and a great grandchild. A Patriot, Jerry served for 6 years in the Army National Guard. He had a great work ethic, was dependable, and Jerry was self-employed, working as a TV and Electronic Service Repairman. He was a man of few words yet he always got the job done. Jerry helped provide for his family and was always willing to do whatever it took to help them.

In his free time, he liked to listen to classic rock and roll music as well as Johnny Cash. He enjoyed gardening, and testing his wit while watching Jeopardy. He was a quiet family man, funny at times, and he whole heartedly believed in God. Jerry loved his wife, they went out to eat each week and vacationed in Gulf Shores every Anniversary. He also liked to go fishing, wood working, and looking for treasures at Estate Sales.

Above of all, his family and grandkids were his life. They made many great memories with him which will be cherished forever. They have peace knowing that they will see him again someday.

His Celebration of Life service will be held at 2:00 PM on Thursday, April 14, 2022, at E. E. Pickle Funeral Home, Amory, MS with Bro. Lloyd Minor officiating. Burial will follow in Haughton Memorial Park.

Visitation for family and friends will be held at the funeral home on Thursday, from 12:00 pm until the service hour.