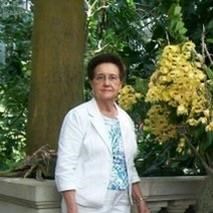 Shirley Jean Walls Chapman, age 85, passed away on Wednesday, April 20, 2022 at her daughter’s residence in Wingate, NC. She was born on February 23, 1937 to Dwight Mitchell”Bud” and Elizabeth Roberts Walls. Shirley was a former member of First Baptist Church in West Monroe, LA and West Heights Baptist Church in Pontotoc, MS. She enjoyed gardening, traveling and cooking for her family and friends.

A graveside service will be held on Monday, April 25, 2022 at 2 PM at Pontotoc Memorial Gardens, with Rev. David Hamilton officiating. Browning Funeral Home in Pontotoc is honored to assist the family with the arrangements.

Her grandsons will serve as pallbearers.