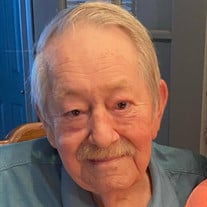 Egbert Bailey Walker, age 82, of Water Valley, MS went to his eternal home on Friday, April 29, 2022, at Baptist Memorial Hospital in Oxford, MS. One of two sons, he was born October 23, 1939 to the late Lawrence and Ruth (Collins) Walker. Bailey grew up knowing the value of hard work. He helped out on the family farm and later when they moved to Memphis, he got a job on a paper route just to have lunch money for school. At the age of 17 Bailey went to work on the Mississippi River as a deck hand on a tow boat. It is during this time he met and married Linda Smithey and they started their family. In 1961 he began a career in the Memphis Fire Department, a job he would retire from as a Lieutenant in 1986. Bailey worked for Yalobusha County for many years in different capacities: road crew, Fire Coordinator, and was also elected County Supervisor. He enjoyed gardening but nothing meant more to him than spending time with his grandchildren.

Visitation is planned for Sunday, May 1, 2022, in the Gardiner Room at Seven Oaks Funeral Home from 2:00 PM until 3:00 PM. Services will immediately follow at 3:00 PM in the Henry Chapel of Seven Oaks with Dr. Randy Bain officiating. Burial will be in Walker Cemetery.

Bailey was preceded in death by both of his parents.