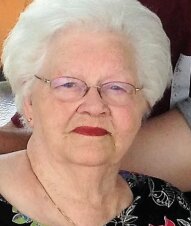 Betty worked, for many years, at the home she and Johnie Mack shared on the Noxubee National Wildlife Refuge, helping to run the permit office. Later, she continued working for the State of Mississippi as a District Manager for the WiC Program. She was loved by many and will be missed by all who knew her.

Visitation is scheduled for Saturday, May 21, 2022 from 9:00-11:30 a.m. at Welch Funeral Home in Starkville, MS, with the funeral service immediately following in the funeral home chapel. Rev. Allan Dees will conduct the service. Burial will be in Memorial Garden Park Cemetery.

In lieu of flowers, please donate to St. Jude Research Hospital or the Make-A-Wish Foundation.