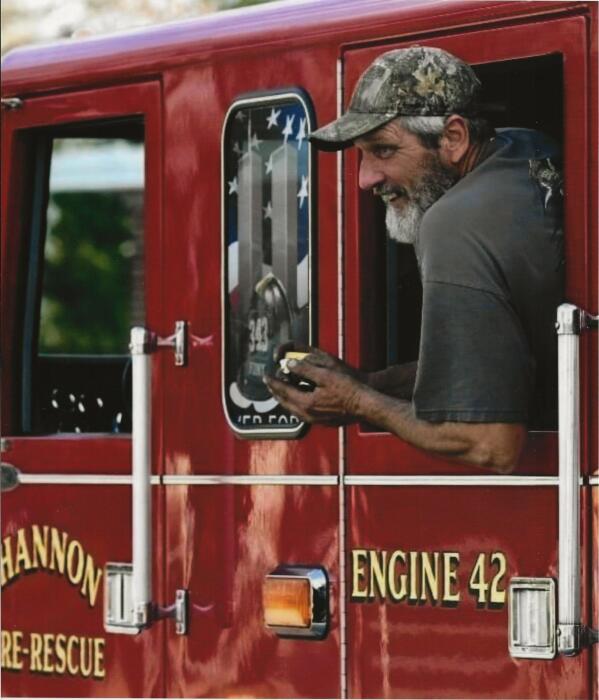 He was a devoted volunteer fireman in the Town of Shannon.  His practical jokes entertained, his work ethic produced results, and he was devoted to his family.  Bobby Joseph Elliott, better known to all as “Joe Man” departed this life completely unexpectedly at his residence in Shannon on Sunday, May 29, 2022. He was 49.  Born in Lee County to the late Bobby James Elliott and Sarah Loretta Adkins Lee,  he attended Mooreville School. Joe was a skilled self employed mechanic all his working life before becoming disabled.  He enjoyed working with his hands, repairing engines and generally “piddling” in his shop. A great outdoorsman, Joe enjoyed fishing, wheeling and dealing, auto repair, grilling and cooking and being with his family and his fellow volunteer firemen.  He became the fire department chef, was a great conversationalist and all around great guy.  He will be missed.

A service celebrating his life will be held at 11 AM Thursday, June 2, 2022 from the Sadie Holland Memorial Chapel at Holland Funeral Directors with Bro. Brian Wood officiating and Dale Keith delivering the eulogy.  Burial, with fire service honors, will take place at Doty Chapel Cemetery east of Shannon.  Visitation will be from 4 PM-7PM Wednesday 6/1/22 and one hour prior to the service on Thursday.  For those unable to attend, the service may be viewed at www.hollandfuneraldirectors.com/Livestreaming.

Survivors include his wife, Monica Coker Elliott, to whom he married March 13, 2013; his daughters, Allyson Elliott of Amory, Courtney Harbor of the home, Kirsten Harbor (Will) of Fulton and Tiffney Harbor (Brandon) of Fulton; 2 grandchildren, Waylon and baby Wroten arriving later this year; 2 sisters, Judy McDonald (David) of Manila, Ark and Chelsey Boles (James) of Moss Point, Tn.; 3 brothers, Joshua Terry and Richard Terry both of Okolona and Grey Terry (Shanda) of Shannon; a host of nieces, nephews, cousins and friends everywhere!; He was preceded in death by his parents, Bobby and Sarah, his step fathers, Miles Terry and Clay Lee and a special friend, Terry Sellers.

A Memorial Tree was planted for Joe Man