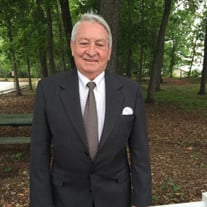 John Young
New Albany – John Robert Young, 82, died shortly after midnight on Sunday, June 26, 2022 at North Mississippi Medical Center in Tupelo. Born and raised, poor, on a farm. He learned success comes from loving your family and leaning on them always, both through the good times and the bad. He understood that hard work, determination, sacrifice, having a vision, and the willingness to take risks that others were unwilling to take is what it took to be successful. He could find a diamond in the rough because he was one himself. He was a man defined by his own definition of Character, which he said was doing what was right when no one is looking. He despised praise but was the first to give it. He had a kind soul, and an even softer heart. He was generous to a fault and would give you the shirt off of his back, as long as you didn’t try to take it from him first. He was honest. He was fair. He believed that if a man could put in a hard days work, the least you could do was give him an opportunity to do so and to give him a meal for the strength to succeed. He was loyal to the people he loved and they were loyal to him. He was humble because he had been humbled by life itself. He knew what it felt like to be hungry and he never wanted anyone to have to know how that felt. He knew what it meant to fail, but knew that the failures were only opportunities to learn and to share those lessons with others so they could learn from his mistakes without having to only learn from their own. He knew how to lead by example. He understood his blessings and respected them. He was frugal in his own life so that he could be fruitful in the lives of others. He loved his family more than can be imagined and that family wasn’t exclusive to ones that shared his blood. When you were family, you were always family. He loved his God and his Church. He loved his Friends and his Community. He loved his life. A life he lived in his own very particular way. A life that was good, full of love for the people he shared it with. A life that started in the rough on a farm in Blytheville, AR. A life honed and polished through the years by hard work and immeasurable amounts of Love, turning him into the beautiful jewel of a man we all know and Love. Mr. John Robert Young. We love you Dad.