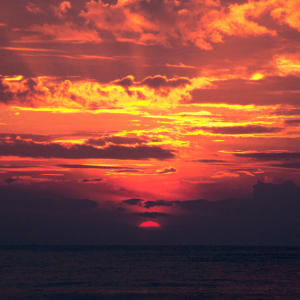 Jovernian Algernon Givhan was born in Vicksburg, MS on February 1, 1961, to Rev. William F. Givhan, Sr. and Rev. Bessie Burnley Givhan of Pontotoc, MS. He transitioned from this life on September 22, 2022, at the North Mississippi Medical Center in Tupelo, MS.

Jovernian's childhood and early adult years were spent living in Greenville, MS with his parents and siblings where he attended Sacred Heart, Ella Darling, Lucy Webb, Mattie Akin, Solomon Jr. High, and T. L. Weston. He graduated from Greenville High School in 1979. He became a member of Revels United Methodist Church at an early age where he regularly attended and served before leaving home to further his education at the University of Mississippi in Oxford, MS. He was a spiritual-minded person who often engaged in deep thought about issues of great interest to him that others may have never given consideration. Overall, Jovernian was a very analytical person and versed on almost any subject matter that one might mention, which generally turned causal conversations with him into thought-provoking discussions.

Jovernian enjoyed traveling which led him to Baton Rouge, LA where he obtained a Bachelor of Science degree in Information Systems and Decision Sciences (ISDS-MIS) with a minor in Economics from Louisiana State University. After achieving his degree, he landed a job as an Application Analyst I at Pennington Biomedical Center and later obtained a position as a Visual Basic Applications Developer at Guardian Networks, Inc. Both jobs were in Baton Rouge, LA. He furthered his career by going to work for United Information Services, Inc. in Urbandale, Iowa where he remained until he returned to Mississippi and became a resident of Pontotoc. While residing in Pontotoc, Jovernian worked as a self-employed consultant and spent his leisure time researching genealogy to determine possible relationships with others who shared the last name of Givhan-Cameron or Terry-Burnley. His research necessitated countless hours of travel, interviews, and phone calls. He also made frequent visits to the Mississippi Department of Archives and History in Jackson, MS.

Serenity-Autry Funeral Home of Pontotoc, MS, is in charge of arrangements.

To send flowers
to the family or plant a tree
in memory of Jovernian Algernon Givhan, please visit our floral store.