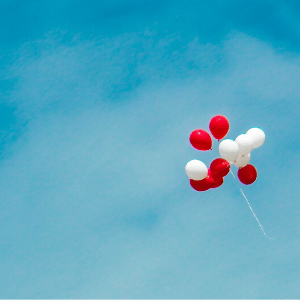 Thomas Franklin Scarbrough died peacefully at his home on November, 22, 2022. He was 87 years young. He was born August 21, 1935 in Webster county to the late Thomas Watson and Lucille (Young) Scarbrough. Tom was a believer in our Lord Jesus Christ and the patriarch of his family.
Tom graduated from Calhoun City High School in 1954 and went on to attend East Mississippi Community College. During this time he joined the U.S. Army (2 years active duty, 5 years National Guard). He continued his education at Mississippi State University with B.S. in Music Education, eventually receiving his Masters in Secondary Education. As an avid lover of the importance of education, he continued his own personal journey with doctoral work. This led to his life long love of students, any age.
Tom began his professional career as Band Director at Eupora High School and later moved to Carthage High School Band. There he met Mary Jane Richardson and they wed August 12, 1962. Together they had three children. They were married 27 years before her death in 1989. In 1968, Tom moved his family to Scooba, Ms where he began as Head of Music Department and Director of Bands at East Mississippi Community College, later transitioning to Academic Dean. In 1974, Tom relocated his family to Starkville upon accepting the position of Director of College and School Relations at Mississippi State University. During his time at MSU, he served on the ACT Board. Since retirement didn’t suit his fancy, he returned to the career he loved and accepted a position at William Carey University as Director of Enrollment Management, and a year later was made Vice President of Student Services and Associate Professor of Education. While at William Carey University, Tom met his wife Linda Moser Scarbrough. After his second retirement, he and Linda returned to the family home in Starkville. As though two retirements weren’t enough, Tom was asked by the University of Women to be interim Dean of Enrollment where he served 6 years. After his final retirement, he committed all his time to his favorite place of all….his home. His home is where he spent his time with Linda of 23 years; along with his children and grandchildren.
Tom was a long time member of Starkville First Baptist Church and the Berean Sunday School Class. His passions included his family, outdoor life, things of nature, history, gardening, antiquing, serving others, disaster relief support, Habitat for Humanity, spending quality time with friends and family, offering a smile to anyone, telling a good story or sharing a laugh, and rarely missed Sunday Worship and Wednesday Lunch Break. Tom never knew a stranger and had a heart for all people.
Tom is survived by his wife Linda (Moser) Scarbrough of Starkville; his daughter Mary Dabney Zayed (late Abe Zayed) of Collierville, TN; his son Thomas Stephen Scarbrough (Ashli) of Everett, WA; his daughter Anne Elizabeth Hattier (Mathieu) of Collierville, TN; his step daughter Melanie Hardage of Albany, NY; his step son Jason Grimes (Melissa) of Petal, MS; his grandchildren Dana Jordan Zayed, Olivia Jane Zayed, Noah Harbour Hattier, Mary Thomas Hattier, Dori Hardage, Micah Hardage, James Hardage, Judson Hardage, Evangeline Hardage, Lace Reid, Rowdy Reid, Dash Reid, Noah Grimes, and Nyah Grimes; his sister Nancy (Scarbrough) Powell (late Billy Powell); beloved cousins, nieces and nephews.
We are heartbroken for our loss, but rejoice that our beloved is with his heavenly Father and that he has placed an abundance of jewels at the Lord’s feet. He has been reunited with all those he adored that have gone before him.
Visitation is scheduled for Saturday, November 26, 2022 from 9:30-11:30 a.m. at First Baptist Church in Starkville, MS, with the funeral service immediately following. There will be a graveside service in Carthage Memorial Park in Carthage, MS at 3:00 p.m.
In lieu of flowers, we request a donation be made to Starkville First Baptist Church’s children’s building fund in celebration of Thomas Franklin Scarbrough’s life.