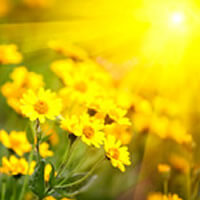 Dora Adon Naron Owen, 91, passed away on Saturday, September 21, 2019, at North Mississippi Medical Center in Tupelo, Mississippi. Adon was born in Webster County, Mississippi on October 1, 1927 to Edward Lee Naron and Mattie Mae Weaver. She worked for Indianapolis Glove for 42 years as a seamstress where she retired and also Barnett Day Care in Houlka. She was a member of Schooner Valley Baptist Church.

Funeral Services will be held at Houston Funeral Home in Houston, Mississippi on Tuesday, September 24, 2019 at 2:00 P.M. with Rev. Kevin Merrit officiating.

Burial will be the Owen family plot at Rose Hill Cemetery in Houlka, Mississippi.

Houston Funeral Home will be in charge arrangements.

Pallbearers will be grandsons.