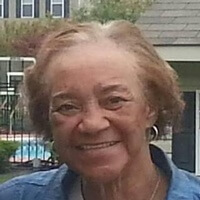 Charlie Mae Bobo-Wright was born February 18, 1944, in Okolona, MS, to the late George Henry Bobo & Carrie Mae-Bobo. She confessed her belief in Christ at an early age and relocated to Buffalo, NY.

In her adult life, she joined God's family at Delanie Waring Church in Buffalo, NY.  She was united in Holy Matrimony at the time to Lawrence M.Wright, to this union 5 Children were born.

When Charlie Mae Bobo-Wright returned back to Okolona, MS with her mother Carrie Mae Bobo. She worked at Hampton Inn then EXCEL Commons until retirement. She enjoyed all the Judge programs and enjoyed traveling up until her health no longer would allow. Charlie Mae Bobo-Wright departed this life January 22, 2018 after a brief stay at North Mississippi Medical Center in Tupelo, MS and relocated to heaven with her maker.

To send a flower arrangement to the family of Charlie Mae Bobo-Wrtight, please click here to visit our Sympathy Store.