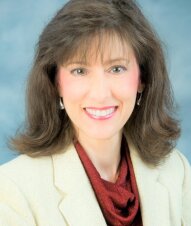 Gail Rogers Langston, 62, of Starkville, MS passed away on July 31, 2020. She was born in Birmingham, AL on August 6, 1957. She grew up in Fairfield, AL and attended the University of Alabama at Birmingham where she received her BS in Medical Records Administration. She was saved at an early age and was a life-long Southern Baptist. She married Cory Langston in 1981 and moved to New Albany, MS where she often went on veterinary calls with him. They moved to Urbana, IL for Cory’s graduate education where Gail worked as the medical records administrator for a local nursing home. They returned to Starkville in 1987. She was employed by Oktibbeha County Hospital as a Registered Record Administrator for several years, and later at the Athletic Department at Mississippi State University for 23 years and eventually became the Service Coordinator for Humphrey Coliseum. Gail was known for her love of people, smile, friendly demeanor, organizational skills, and attention to detail. She loved helping people, whether it was assisting with graduations and other events, working the office during basketball games, or going above and beyond to track down owners of lost items after events. As people who knew her well could attest, she was an avid Alabama fan. She often stated she cheered for the Bulldogs every game except for one Saturday each November.

Gail is preceded in death by her father, Otis Van Rogers.

The family will celebrate her life in a private graveside service.

Gail loved dogs tremendously and asks that memorials be made to the Oktibbeha County Humane Society (P.O. Box 297; Starkville, MS 39760 or online at https://ochsms.z2systems.com/np/clients/ochsms/donation.jsp). As Kindred Hospice of Starkville played an important role in Gail’s care, memorials can also be made to them at 403 Hospital Road; Starkville, MS 39759 or online at https://app.etapestry.com/onlineforms/KindredatHomeFoundationInc/KAHF.html.
You can leave the family a condolence at: www.welchfuneralhomes.com.