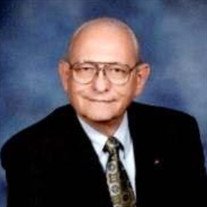 Raymond D. Cline, 72, passed away on Thursday, August 6, 2020 at North Mississippi Medical Center in Tupelo. He was born May, 6, 1948 in Idabel, OK to James Milas and Margaret Wright Cline. He graduated from Idabel High School in 1966 and went on to attend Oklahoma State University while concurrently serving in the Oklahoma Army National Guard. As an avid lifelong learner, he continued his education and earned a Bachelor's degree in Biblical Studies from Southeastern Baptist College in Laurel, MS and master’s degree in Religious Education from Liberty University in Virginia.

Ironically, he supported himself through college selling Bibles for Southeastern Bible Book Company, which led to his acceptance of Christ as his personal savior. In 1973, while working for Brown and Root Construction in Bruce, MS he met his wife Hilda. He received a promotion to Millwright Foreman which took them to Woodbridge, VA. They later moved to Gautier, MS, became members of Parkview Baptist Church where he surrendered to the ministry on January 28, 1978.

Some of Bro. Cline’s greatest achievements include; earning his Eagle Scout, serving as president of the Mississippi Baptist Missionary Association, authoring two books – The Alpha and Omega and Behold the Lamb, and founding Revive America Ministries. He was widely known for his sermon “Revival: America’s Greatest Need” which he preached throughout the United States. He focused on this theme for the rest of his life encouraging believers to pray daily for revival.

One of the greatest challenges of his life came in 2005 when he was diagnosed with stage 4 colon cancer. Against all odds, he defeated cancer with the help of God, to whom he gave all credit. During this time, he also preached 6 revivals.

Bro. Cline’s voice and command in the pulpit were unmatched. He was a true believer of God, Family and Country, in that order. He sacrificed greatly to provide for his family and was proud to send his girls to college debt free. He passed on his love for God and country to his family. He will be remembered for his strong work ethic, wisdom, patriotism and sound judgment. Most of all he expected the “3 R’s: Reverence for God, Respect for Man, and Responsibility of Self”. His favorite scripture was Psalm 42:1, “As the deer panteth after the waterbrooks, so panteth my soul after thee, O God.”

He was preceded in death by his parents; one sister, Elizabeth Thomas; and a brother-in-law, Lewis Thomas.

Visitation will be on Sunday, August 9, 2020 from 5 until 7 p.m. at Meadowood Baptist Church, a second church home that has always shown great love toward the Cline’s. Masks are encouraged.

Funeral services will be at 10 a.m. on Monday, August 10, 2020 at Meadowood Baptist Church with Bro. Dewitt Bain and Bro. Lloyd Sweat officiating. A family graveside service will follow in the New Hope Cemetery.

Memorials may be made to the March of Dimes or to St. Jude Children’s Research Hospital.

Condolence may be shared with the family at clevelandmoffettfuneralhome.com