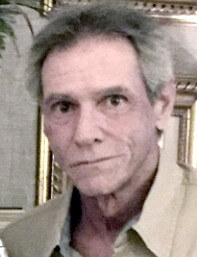 JACKSON, TN/TUPELO – Michael Luther Whitten, 55, died Monday, Aug. 10, 2020 at his sister’s residence in Jackson, TN where he had resided the last 12 years. Mike was born on April 10, 1965 in Tupelo and grew up in East Tupelo attending Lawhon School and later Tupelo High School. He was the son of the late Luther Whitten and Christine Brooks Whitten. A Baptist, he spent much of his working life in the family business, Whitten Bro. Wrecker Service, and working at North Gloster Texaco before becoming disabled. He enjoyed the outdoors, hunting, working on cars, and riding four-wheelers.

A service celebrating his life will be held at 11 AM Wednesday, August 12, 2020 at the Tupelo Chapel of Holland Funeral Directors with his cousin, Dr. Terry Harbin, officiating.  Burial will follow in the Whitten family plot at Oak Hill Cemetery. Visitation will be from 9 AM-service time on Wednesday only.  The service may be viewed at 11 AM Wed. via www.hollandfuneraldirectors.com/Live-streaming for those who may be unable to attend and will be permanently archived thereafter.

Survivors include his son, Keith Whitten of Tupelo; his granddaughter, Paisley Whitten; two sisters, Gail Whitten Gregory and husband, Kenny, of Auburn Community, and Janice Whitten Sloan and her husband, Tim, of Jackson, TN; an aunt, Olean Harbin of Tupelo; his nieces and nephew, Jenny and Jill Gregory and Rusty Clement; numerous cousins and other near relatives and a host of friends locally and in Jackson, TN. He was preceded in death by his nephews, Austin and Ben Parmer.