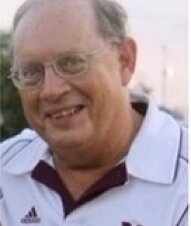 Gary Randolph Parvin, 74, of Brandon, Mississippi, died August 9, 2020, surrounded by the love and prayers of his family and friends. Gary was born on September 8, 1945, to Woodrow and Bernice Parvin in Corinth, Mississippi. Gary grew up on campus of Mississippi State University and was in the graduating class of 1963 at Starkville High School, where he lettered in baseball and football.
Gary graduated from Mississippi State University with Special Honors, completing his BA in Communications and Political Science in three years. He also was a member of the Kappa Sigma fraternity. He went on to law school at the University of Mississippi on a full scholarship. He received his Juris Doctorate, was admitted to the Mississippi Bar in 1969 and began practicing law at 23 years of age. Gary began practicing general law in Starkville and was known to be a thorough and effective trial lawyer.
Gary later specialized in disability law helping over 6,000 clients receive their benefits. He successfully defended in front of the U.S. District Court, Northern and Southern Districts of Mississippi, the U.S. Court of Appeals, Fifth Circuit, all the way up to the U.S. Supreme Court. Gary was the past president of the National Organization of Social Security Claimant Representatives, the largest group of representatives and lawyers for people with disabilities.

He was preceded in death by his parents, Woodrow and Bernice Parvin; his daughter, Candace Leigh Parvin; his brother, David W. Parvin, Jr.; his uncles, Rev. William H. Harrison and Dr. Danny Harrison; and his aunt Gratia Underwood.

A memorial service for the family will be at a later date.

Memorials or donations may be made to the Dr. D. W. Parvin, Sr. Memorial Scholarship Fund, in care of The MSU Foundation, P.O. Box 6149, Mississippi State, MS 39762.