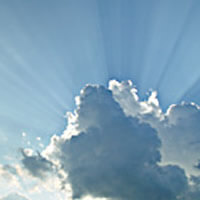 Madelyn Mae Pearson, beloved daughter of Cole and Megan Staub Pearson, and guardian angel to Cason, entered the Kingdom of Heaven on August 21, 2020.

Family Grave-Side Services will be at 10:00 a.m. Wednesday, August 26, at Itawamba Memorial Gardens with Bro. John Foster officiating. McNeece-Morris Funeral Home is in charge of the arrangements.

Survivors include her parents; Cole and Megan Staub Pearson of Belden; one brother, Cason Pearson of the home; her grandparents, Steven and Maria Staub of Tupelo, Coleman and Cindy Pearson of Corinth, and Roy and Joan White of Fulton; her great grandmothers, Norma Jo Staub and Billye Wiygul, both of Fulton; her uncle, Michael Staub (Taylor) of Fulton; her aunts, Ivy Frazer (Trey), and Tate Davis, both of Nashville; and numerous other family members.

She was preceded in death by her great grandparents, Travis Staub, Wiley Wiygul, Adelia Ivy Bartholomae, Andrew and Bessie Likovetz, and Woodrow and Mildred Pearson.

The family wishes to thank the staff at NMMC Women’s Hospital.

In lieu of flowers, memorials may be made to the Heath Care Foundation, noted “for Dawson’s Dream”, 1016 North Gloster Street, Tupelo, MS 38801, or a charity of the donor’s choice.

To send a flower arrangement to the family of Madelyn Mae Pearson, please click here to visit our Sympathy Store.