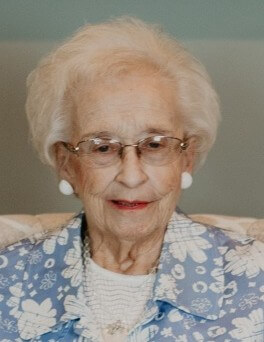 STARKVILLE / TUPELO – Margaret Ann Harris was born August 2, 1934, the youngest of three children born to George and Lavelle Powell Harris. The Powell and Harris families were Lee County pioneers in the Plantersville/Richmond areas.  She returned to her creator from her residence at The Clairborne at Adelaide in Starkville where she had lived the last two years.  Margaret Ann grew up east of Plantersville and graduated from Plantersville High School in 1952, where she was Valedictorian.  On Dec. 21, 1952, she married Thomas E. “Skippy” Prentice, a great love story that lasted 65 years until his death on Sept. 25, 2018. To this union was born two sons, Thomas E. “Tommy” Prentice and Steven H. Prentice. Margaret Ann worked for the Nail, McKinney, Tate and Robinson Accounting Firm for over 30 years.  She retired from Hancock Fabrics as a bookkeeper. A devoted Christian, Margaret Ann attended the First Baptist Church of Plantersville for years before becoming a member of Harrisburg Baptist Church. A diehard MSU Bulldog, she enjoyed people, fellowshipping with family and friends and in her Church circles.  Possessed with a sterling personality, Margaret Ann was a devoted daughter, sister, mother and G-momma to her grandchildren and great-grandchildren.

A service celebrating her life will be held at 3 PM at the Tupelo Chapel of Holland Funeral Directors on Sunday, August 30, 2020 with Rev. Dr. Chuck Hampton and Bro. David Smith officiating. Private burial will follow in Plantersville Cemetery.  Visitation will be from 2 PM-service time on Sunday only.  For those unable to attend, the service may be viewed at www.hollandfuneraldirectors.com/Live-streaming.

Memorials may be made to Harrisburg Baptist Church Merry Makers, 4675 Cliff Gookin Blvd., Tupelo, MS 38801. Condolences may be emailed to hollandfuneraldirectors@comcast.net.