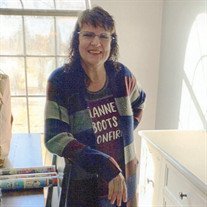 Melissa Gaye Griffith, age 53, of Oxford, MS died Sunday, August 23, 2020 at her home. She was born December 2, 1966 in Water Valley to Mike and Linda (Davis) Shaw. After graduating high school, Missy attended Holmes Community College where she received an Associates degree in nursing. She then moved to California where she practiced her trade for over 30 years. After retiring, Missy moved back to Mississippi in 2018 to be close to her family. He joys were crafting, restoring old furniture, painting, and shopping. Her greatest joy was spending time with her grandchildren.

The family has chosen to hold a memorial service at a later date.

Missy was preceded in death by one brother, Charlie Michael Shaw Jr.