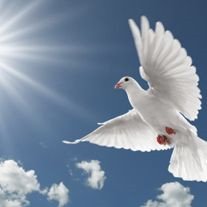 Nannie Lee Coker, aged 101, left this life on August 30, 2020 at Baptist Hospital New Albany.
Nannie was born in Tippah County on December 7, 1918, to Jennie Mae (Moore) and Joel Holbert Garrison. Her schooling ended in the sixth grade so she could work in the fields with her parents. Her education never ended as she was a self-taught, strong woman with an iron will.
In 1937 at the age of 18, she married Willard Mize. During World War II they lived in Memphis and work at Goodyear building rubber life rafts for the military. After the war they settled in the Wells Chapel community where Willard had a small store. Willard passed away from a heart condition in 1949 at the age of 35.
On December 23, 1950, Nannie married Carl Ray Coker, the brother of her sister-in-law. They built a home in the Wells Chapel community and lived there together the rest of their lives.
Nannie worked at the shirt factory in New Albany before starting work as a nurse at Shands Hospital. Later she worked at UCGH and as an office nurse for Dr. Ellis, until she retired. Nannie was a big personality with many friends throughout her lifetime. She loved crocheting, painting and traveling with her family. Nannie lived a full and wonderful life and her love for her family and her friends made her the richest woman in the county.
Nannie is survived by her son, Jimmy Ray Coker (Amy) of Gainesville, Florida and her beloved niece Dorothy Huffstatler of New Albany, and four grandchildren, Jennifer Leigh Coker of Jackson, Tennessee; Carl Bradley Coker of Knoxville; Shelby Ross Coker of Bangor, Maine and Wesley Luke Coker of Gainesville, Florida. She is also survived by two great-grandchildren, Caleb Coker of Mifflinburg, Pennsylvania and Baleigh Coker of Blue Mountain.
Nannie is preceded in death by her parents, her brother Palmer William Garrison of Wells Chapel, and her husband Carl.