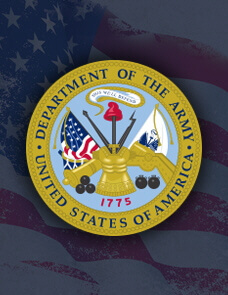 SOUTHAVEN – James “Jim” Nelson Rutherford, 91, died Monday, Aug. 24, 2020, at Baptist Memorial Hospital Desoto. He was born July 6, 1929 in Lee County to William and Clara Patton Rutherford. Jim graduated from the Cedar Hill School and attended Mississippi State University before being drafted in the United States Army in the Korean Conflict.  Soldiers were the lucky beneficiaries of Jim’s culinary skills, as he served in the Mess of the 5th Armored Division of Chafee, Arkansas.  After faithfully serving his country, he served as an experienced chef for many years in the restaurant industry, even at one time working in food service at the historic Arlington Hotel in Hot Springs, Arkansas. A longtime resident of Tupelo, he managed restaurants at the Holiday Inn and Trace Inn and many others in between. He later fulfilled his dream in opening his very own restaurants: Captain Jim’s in Tupelo and Big Jim’s at Bissell. After retiring from the restaurant business, he worked in sales for many years at National Chemical and later the Monts Company. After his retirement from foodservice, his family was delighted to be the recipient of the fruits of his culinary skills, and he never turned down an opportunity to assist his many friends in their own restaurants and home kitchens.

One of Jim’s greatest loves was indeed his family, particularly his wife, Charlotte, and numerous grandchildren.  Over the years, he regaled them with stories of his antics and adventures (of which there were many and usually full of laughter), as well as innumerable dishes of the best macaroni and cheese and chicken and dressing anyone has ever eaten.  Expressing opinions delighted Jim, where politics and sports were his favorite points to argue – especially when it came to defending his beloved Mississippi State Bulldogs.  A product of the Great Depression, Jim learned how to fix and value just about everything he came across.  As such he kept everything and wasted nothing, much to the consternation –but eventual appreciation– of his family and storage shed.  His large stature and booming voice could command a room, but he was most comfortable in his recliner making up nicknames for his grandchildren and arguing about current events.  His family and friends are grateful for his life, his outlook, and his character, and are all indelibly marked by his legacy.

Services will be held at the Pleasant Valley Methodist Church in Guntown with the Rev. Brad Corban officiating. Burial will be at Pleasant Valley Cemetery, with graveside services at 1 p.m. on Friday, September 4. Waters Funeral Home is entrusted with the arrangements.

He was preceded in death by his parents and all of his siblings, Bill Rutherford, Bob Rutherford, Beverly Davis, Julia “Dooley” Garner, Martha Swann, and Carolyn Bowman.