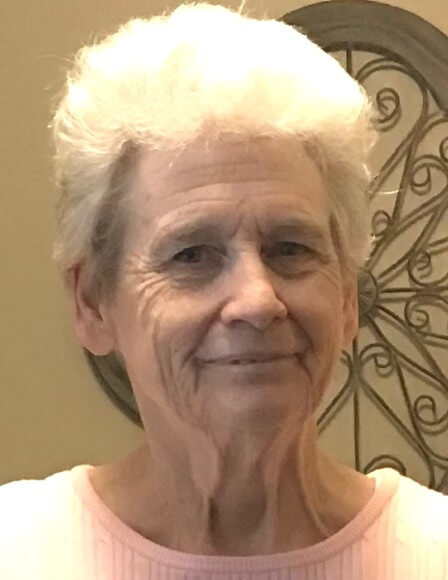 OKOLONA / HAMILTON, AL – Wanda Sue Millwood Lewis, 74, met her Creator and rejoined her husband, William Earl, and other family members on Saturday, August 29, 2020 at Northwest Medical Center in Winfield, AL after struggling with Alzheimer’s/dementia.  Sue was born on June 14, 1946 in Nettleton to the late Oscar Leon and Maude Ella Edwards Millwood.  She grew up in Nettleton and graduated in 1964 from Okolona High School.  On March 20, 1965, she married William Earl Lewis of Okolona and they had one son, Tom.  Sue was a master seamstress working over 30 years for Futorian Furniture Mfg.  She was a longtime member of Mt. Olive Baptist Church where she was longtime Treasurer and taught Sunday School.  In Hamilton, she attended the Marion County Cowboy Church, where her son is pastor.  Sue loved to read and cook, enjoyed her family , extended family, and her church family, but she will long be remembered as being a selfless caregiver living purely by the Golden Rule.

A service celebrating her life will be held at 11 AM Tuesday, September 1, 2020 at the Tupelo Chapel of Holland Funeral Directors with her son, Tom, officiating. Private burial will follow in Boone’s Chapel Cemetery south of Okolona.  Visitation will be one hour prior to the service at the funeral home.  For those who may be unable to attend, the service may be viewed at 11 AM at www.hollandfuneraldirectors.com/Live-streaming.  Please wear your mask to the service.

Sue is survived by her son, Tom, and his wife, Angie of Hamilton, AL; 2 grandchildren who knew her as Mom’s, Ali and Aiden Watts; a sister, Nell Millwood Hand of Nettleton, and  2 brothers, Jerry Millwood and Ed Millwood of Pontotoc;  her brothers- and sisters-in-law, Kathy Thornton (Gene) of Okolona, Sammy Lewis (Sherry) of Hatley, Clayton Lewis (Barbara) of West Virginia, Edd Lewis (Donna) of Okolona, Elizabeth Hamric (Wayne) of Okolona, and Lounez  Scrivner (Freddie) of Okolona; and a host of nieces and nephews. She was preceded in death by her parents; her husband, Earl, on Nov. 13, 2017;  a brother, Dan Millwood; two brothers-in-law, Joe Lee Lewis and Tom Lewis; a sister-in-law, Johnnie Ruth Wright; and special friends, Devan and Doris Sullivan Hill.