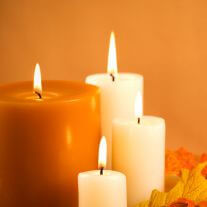 Sharon Lee Holloway Odom, 75, passed away on Friday, September 11, 2020 at North Mississippi Medical Center-Hospice in Tupelo. Born on February 24, 1945 in Sanford, ME, she was a daughter of Robert D. and Virginia Whicker Holloway. Sharon attended Aberdeen High School until the 10th grade and then attended and graduated from Meridian. She married Robert Odom on November 9, 1985. Prior to retirement, she worked with Farm Bureau Insurance in Amory for many years and loved to visit with her customers whom she considered friends. Sharon had a great artistic capability with her handiwork making different kinds of crafts and extended that to her flowers for which she was known for her Christmas Cactuses. Sharon understood the serenity of nature and liked nothing more than to hike along her property with Robert, including some excursions to the mountains. Her kindness was unmatched ever seeking to brighten someone’s day with a gift or cooking for her family. Her home was always open which she enjoyed and would share her love for the Lord to anyone that asked.

A graveside service will be at 11 a.m. on Tuesday, September 15, 2020 at Howell Cemetery with Bro. Sammy Washburn officiating. Cleveland-Moffett Funeral Home is in charge of the arrangements.

She is survived by her husband, Robert Odom of Aberdeen; her sisters, Sue Franklin of Arkansas and Judy Smith of Meridian; her daughter, Kim Matheny (Brad) of Tyrone, GA; her son, Jeff LaGreek (Teri) of Garden Grove, CA; her step-children, Rob Odom of Aberdeen, David Odom of Aberdeen, and Deana Honeycutt (Jeremy) of Caledonia; her grandchildren, Allison and Declan Matheny, Brennden and Tyller LaGreek; stepgrandchildren, Dustin, Drew, Anna, Josh, Westlee, and Marlie Kate; and 4 great grandchildren.

She was preceded in death by her parents.

Memorials may be made to a favorite charity.