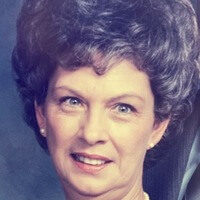 Houston- Mrs. Scottie Sue Blue Allen, 84, passed away on Saturday, September 12, 2020 at North Mississippi Medical Center in Tupelo, Mississippi. She was born in Houlka, Mississippi on February 14, 1936 to Hiram Ester Blue and Grace Lavonia Neal Blue. She was an accountant for Harold Craig, CPA, The Byrne CPA Firm, and Watkins, Ward and Stafford, CPA. She was a member of First United Methodist Church in Houston.  She thoroughly enjoyed spending time with her family, her grandchildren, and her great-grandchildren.

Funeral Services will be held at First United Methodist Church in Houston on Tuesday, September 15, 2020 at 2:00 P.M. at with Rev. Greg Ducker officiating.

Burial will be held at Chickasaw Memorial Gardens in Houston, Mississippi.

Mrs. Allen is preceded in death by her late husband, Sterling Allen and her sons, Coach Ricky Allen, and Gary Allen.

She was also preceded in death by her parents, one sister, Lavonia Lancaster and her four brothers, Hiram Blue, Jr., Rudolph Blue, Billy Blue, and Sam Blue.

In lieu of flowers, the family requests donations to be made to:

The Coach Allen Scholarship of Bravery