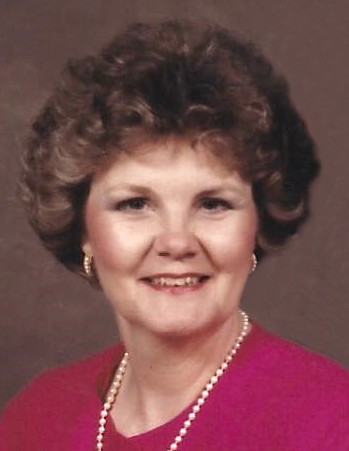 TUPELO / FULTON – Mrs. Sara Frances Wildman Hendrix, 79, died Tuesday, September 15, 2020, at The Meadows in Fulton. Born September 16, 1940 in Baldwyn to Terry Wildman and Vance Epting Wildman, Frances graduated from Baldwyn High School and attended ICC.  She married the late Stanley Banks Hendrix in 1960, a marriage of 55 years until his death in 2015.  She was a stay-at-home wife, homeowner, Mother and grandmother. Frances had a remarkable memory especially for everyone’s phone numbers. She was a longtime member of Harrisburg Baptist Church.

A service celebrating Frances's life will be held at Noon on Monday, September 21, 2020 in the Tupelo Chapel of Holland Funeral Directors with Dr. Forrest Sheffield and Bro. David Smith officiating. Visitation will be from 11 AM to service time on Monday. For those unable to attend, the service may be viewed online at Noon Monday at hollandfuneraldirectors.com/live-streaming, and will be permanently archived. Holland-Tupelo Chapel is honored to serve their friends during this time.

Frances is survived by her son, Brad Hendrix of Greensboro, NC and daughter, Carol Ann Hendrix of Tupelo; grandchildren, Bronson Smith (Ashton) of Searcy, AR, McKenzie Davis (Johnny) of Fulton, Braxton Smith of Mississippi State, Emma Hendrix and Evan Hendrix of Greensboro, NC; one great-grandchild, Ledger Smith; sister, Janice White (Gerald) of Jericho Community and their families; brother-in-law, Tony Hendrix (Marie) and their children of Birmingham, AL; nieces, Amy Wiggington (Marty) of Baldwyn, and Christy Culpepper (Bryon) and their family, and nephews, Jeff White (Tammy), Richard White and Kevin White (Cathy), and Mark Hendrix, all of Baldwyn. She was preceded in death by her parents, her husband, Stanley, and infant daughter, Kimberly.

Condolences to the family may be emailed to hollandfuneraldirectors@comcast.net.