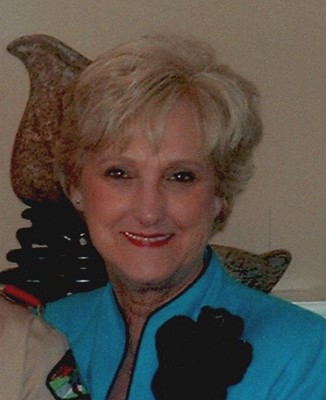 Melba Jean McDaniel Barker, 83, passed from this earth on Monday, September 14, 2020 at Lynnfield Place Assisted Living in Selmer, TN. Do to COVID-19, there will be a private family graveside service at Salem Cemetery.

Melba was born October 5, 1936 in Alcorn Co. MS to the late Clarence and Maggie McDaniel. She married James Edwin "Bud" Barker, and together they had two beautiful daughters Angela Barker Avent and Robin Barker Elliott. She was member of Tate Baptist Church and a 1951 graduate of Corinth High School. Melba began her work career in radiology at Community Hospital in 1951 as a lab technician. She later went on to work as a radiology technician at Magnolia Regional Health Center for 55 years, retiring in 2012 at the age of 75. Even after retiring, she often spoke fondly of her many friendships she sustained over the years at Magnolia. Everyone knew where they stood with Melba. She would let you know if your shoes were not polished, uniform not ironed or colors not coordinated. She would not hesitate to offer assistance in correcting those problems. It has been said by many co-workers that if a physician ordered an unnecessary or incorrect x-ray she would let them know, in her "Melba Way". Everyone always knew when she was at work by her signature cologne; even patients commented on how the technician that took care of them smelled heavenly. She truly loved all her "kids" at Magnolia as she called them. She enjoyed shopping (where she was often mistaken as an employee at Ginger's, Ann's, Austin's and Belk). After retirement she enjoyed spending time with her family and friends.

Fond memories and expressions of sympathy may be shared at www.memorialcorinth.com for the Barker family. Arrangements are under the care of Memorial Funeral Home.