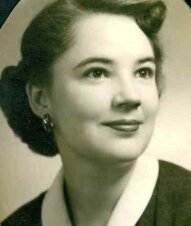 Mary Ina Sigmon Fye, 90 years old, died peacefully on September 3, 2020 from natural causes. Mary was the mother of three, grandmother of 12, great grandmother of 2, a kind & loving friend, a gifted musician, a talented quilter & a faithful servant of the Lord. A memorial service will be held and livestreamed from Starkville First United Methodist Church on October 21, 2020 at 1 PM. A graveside service will follow at Memorial Garden Park. Details regarding the livestreamed service will be announced closer to the time of the service.

Mary was born on December 5, 1929 in Florence, SC. the eldest child of Washington Pinckney and Mary Lillian Huntley Sigmon. Mary grew up in Florence with her 2 younger siblings. She graduated from McClenaghan High School in 1947. Mary’s independent spirt allowed her to venture off to Princeton, NJ to pursue a Bachelor’s degree in voice from Westminster Choir College, which she completed in 1951. Following graduation, Mary worked in Rock Hill and Orangeburg, SC as a minister of music in two Baptist churches. After this, she moved to New York to pursue voice lessons. While there she worked for Nestle Company as the secretary to the head of new products. Mary returned to South Carolina when her father was diagnosed with cancer in 1958.

Mary met her husband, Bob, while working in South Carolina in 1955 and married on June 11, 1959. Their 60-year marriage & Bob’s career found them living in many places including South Carolina, Canada, Arizona, Australia, & Washington. In 1984 they made their last move to Starkville, MS. Mary’s resilience & steadfast nature made it possible for the couple and their three children to create connection and community in every place they lived. Mary served as a minister of music and church organist for many years with each move. In Starkville, she retired from a professional role in the church and enjoyed performing as a gifted soprano in choirs at First Presbyterian Church, Trinity Presbyterian Church & the Starkville Community Chorus. Mary was a member of P. E. O. for 37 years and a past president of Starkville’s Chapter N. P. E. O. is a philanthropic organization that celebrates & supports the advancement of women to achieve their highest aspirations. Mary also enjoyed time as a member of many quilting circles and clubs over the years. Her family and friends cherish the many works of art she created.

Those who wish to remember Mary in a special way may make a gift to P.E.O. Program for Continuing Education. This grant is for women whose education was interrupted & who find it necessary to return to school to support themselves and/or their families. Checks may be mailed to PEO Executive Office /Treasurer’s Dept. 3700 Grand Ave. Des Moines, IA 50312. Online donations for the same grant may be made in Mary’s honor as a member of P.E.O. Chapter N at https://donations.peointernational.org/peo-donation-pce.