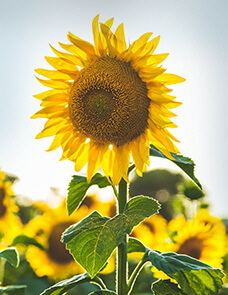 Baldwyn – Edna Lorene Crawford, died Monday, October 12, 2020 at the Baldwyn Nursing Facility. She was 8 days shy of being 99. She was born October 20, 1921 to Dalton and Bythie Bullock. She also was the oldest member of Ingram Baptist Church. Before entering the Baldwyn Nursing Home she was an active member of the church. She was married to Howard V. Crawford and was able to celebrate over 50 years of married life. They enjoyed camping and fishing during their retirement years and spent many hours with their grandchildren at places like Tippah Lake, Davis Lake, Lake Lamar Bruce and others. She was a seamstress at Masterson in Booneville. She also worked at several different furniture factories in the Baldwyn area. She followed Howard to many singings and she loved gospel music.

There will be a graveside service for family only at Prentiss Memorial Gardens on Thursday, October 15, 2020 12:30 p. m. with Bro. Wayne Frederick officiating. Waters Funeral Home is in charge of the arrangements.

She was preceded in death by her husband, Howard; her parents; sister, Charlene Owens and her husband, Alton; brother, Fred Bullock and wife, Illa Mae; brother-in-laws. Lee Crawford and Vardaman Crawford.