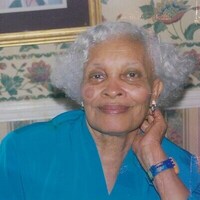 Dorothy Mae Nelson, 90, peacefully passed from this life Monday, October 12, 2020, at her home. She was born June 11, 1930 to Willie and Annie Lee Burns in Shannon. She attended Summer High School in St. Louis, MO, the first high school for African-American students west of the Mississippi River (founded in 1875). She sang on the radio in St. Louis every Saturday morning. She married George Smith and to this union raised seven children, which they were blessed to send all seven to college. After the death of her first husband, she married Jesse Nelson. She spent most of her career as a presser in the dry cleaning business. She was able to train many and to teach others how to care for their clothes. Later in life, she became a world traveler with a senior citizen group out of Georgia. Life and resources have afforded her to travel all over the world. Her greatest experience was the Holy Land. She was a member of St. John M.B. Church where she served as the mother of the church and a member of the SWMU, locally, district, state and nationally. She sang with the Spring Hill District Golden Girls Choir and has been a member of the Eastern Star for 70 years, presently a life member of Wilson Chapter #417. She was a member of the National Council of Negro Women, Tupelo Chapter, Northeast MS Ministers, Deacons and Wives Alliance, GPBSC-Senior Women and the Springhill District Ministers and Wives Alliance. She enjoyed cooking, going to church functions, attending the adult center, traveling and playing Bingo, cards and dominoes.

She was preceded in death by her parents; her brothers, Albert Booker, Judge Booker and John Lee Burns; her sisters, Ella Harris and Opal Burns Trice; her husbands, George Smith and Jesse Nelson; 1 grandchild, Jonathan Cox and 1 great-grandchild, Ariel Mays.

Public visitation will be 5 – 7 Wednesday and friends are asked to follow COVID protocol.