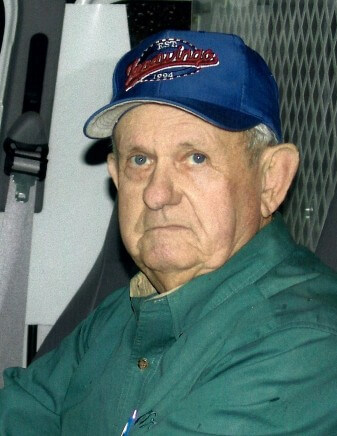 TUPELO – Edwin Lewis Trammell, after a long, productive and fruitful life that spanned 92 years, died Thursday evening, October 15, 2020.  A native of Dorsey, Itawamba County, MS, he was born on Sept. 1, 1928. Edwin was the youngest child born to William “Will” Trammell and Aurelia Sheffield Trammel.  He graduated from Tupelo High School in 1946 and attended Mississippi State University.  He almost became a professional race car driver (Lucky 13), gave that up for the love of his life while dining at Johnnie’s Drive Inn in East Tupelo. There, he met the love of his life “under the willow tree” and Betty Jo Partlow of Plantersville became Mrs. Edwin Trammell on Feb. 4, 1950.  God blessed them and their families and many friends with a marriage that lasted over 70 years.  A patriotic American, Edwin served in the U. S. Air Force flying missions as a radio transmitter in the early years of the Korean War. Always strong and good with his hands, he had a strong mechanical gift that made him a master mechanic all his life. He almost had a career as a race car driver with the name “Lucky 13” but chose more stable work. He started as Geo. Ruff Buick/Olds, later was the service manager at Dossett/Big 4 Motors for many years where he achieved the Best Service Manager in the  Southeastern United States three years in a row.  His career also including owning B and M Garage and he retired in 1995 after several years as owner of City Auto Service.  A mild mannered, respectful gentleman, Edwin was a longtime member of the First Baptist Church of Tupelo.  He enjoyed MSU sports, tending his yard to perfection, fishing and chauffeuring the Partlow sisters (Lurlene, Merle, Mildred and Betty Jo) on many trips and excursions around the Mid-South and beyond.

Due to the Covid Pandemic, the family has chosen to have a private “immediate family-only” service. Bro. Danny Balint will officiate.  There will be no public visitation. Holland Funeral Directors is honored to be serving their friends.

Besides his wife, Betty Jo of Tupelo, Edwin is survived by his sons: Ron Trammel of Chattanooga, TN, and Phil Trammel and his wife, Tresa, of Tupelo; his grandchildren, Beverly Childers, Haylen Trammel, and Kyle Trammel; his great-grandchildren, Carman Samuelson, Jourdan Samuelson, Hayley Childers, Hunter Childers, and Chase Childers; 2 great-great-grandchildren, Chloe and Hadley Samuelson; and many nieces, nephews and cousins and their families, and his extended Partlow family.  He was preceded in death by his parents; a daughter, Suzanne Trammel; and siblings, Villa Mae Leech, William Sydney Trammel, Mary Davis, and Virginia (Gentsey) Watson.