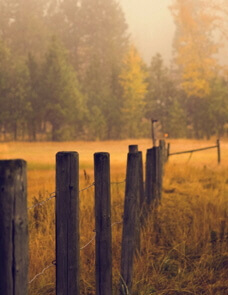 Blue Springs – Tony Wallace Smith, 76, passed away peacefully at NMMC Hospice on Monday morning, October 26, 2020. Tony was born October 04, 1944, son of Chester and Louise Wallis Smith in the Geeville community in Prentiss County before he and his family moved to the Macedonia community. He was a star basketball and baseball player during the 1960’s at Belden High School where he graduated as well. He was a longtime member of the Natchez Trace Golf Club, where he was named golf champion in 1980. He refereed basketball games in the surrounding area for many high schools and junior high schools for approximately 30 years. Tony was a loyal Mississippi State fan. He was employed by Rockwell/Delta and retired after 45 years of service.

Tony was a fun loving person with a infectious laugh and smile. Tony was a longtime member of Macedonia Baptist Church which he attended regularly until his health declined.

A graveside service honoring Tony’s life followed by a private burial will be Friday, October 30, 2020 at @ 3:00 p. m. Macedonia Baptist Church Cemetery with Bro. Todd Bowen officiating. The family ask that all respect CDC guidelines and wear masks and maintain social distancing at the cemetery. Waters Funeral Home is in charge of the arrangements.

He was preceded in death by his father, Chester Pershing Smith and his mother, Eura Louise Smith; his grandparents, George and Glennie Smith; his maternal grandparents, Bradford and Lona Ladybug Kemp; his brother, Tommy Joe Smith Sr. of Tupelo; many aunts and uncles; he was also preceded by his infant sister, Martha Ann Smith, infant nephew, Tommy Joe Smith, Jr. and nephew, Jeffery Mark Smith.

A very special thank you to his niece, Kimberly Smith Neisler for being his special caretaker for over a year and a half. Her kindness and love, for her uncle Tony was unending.

The family wishes to thank the members of NMMC Hospice team for their kindness and compassionate care for Tony.

Memorials may be made to American Diabetes Association, 800 Avery Blvd Suite 100, Ridgeland, MS 39157 in memory of Tony.