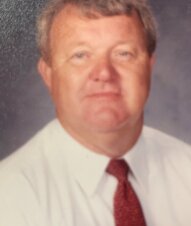 Robert “Bobby” McClelland, 72, passed away on October 26, 2020 at his residence in Sturgis, MS.
A lifelong resident of Sturgis, Mr. McClelland had retired after 40 years of education.
During that time, he held many titles such as, teacher, coach, and principal. He was also
retired from the Mississippi National Guard after 27 years as a Major. He served 10 years on the OCEDA board representing District 4 in Oktibbeha county.

There will be a graveside service at 2:00 pm Saturday, October 31, 2020 at McClelland Cemetery on Craig Springs Rd.

In lieu of flowers, a memorial of your choice may be made to the McClelland Cemetery Fund, Sturgis Baptist Church building fund, Operation Christmas Child, or Lottie Moon Christmas Offering.