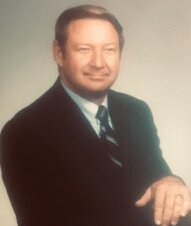 Carl Thomas Duckworth passed away peacefully on November 1, 2020 after a long battle with cancer.

A graveside service will be held on Wednesday, November 4, 2020 at 11:00 a.m. at Memorial Garden Park Cemetery in Starkville, MS. The family will receive friends 45 minutes prior to the service.

Mr. Duckworth was born in Eupora, MS to Bessie Kilpatrick Duckworth and Elvin Lee Duckworth. He attended West Point High School where he played football and baseball. After graduation from West Point High School he attended East Mississippi Community College. He entered the U.S Army National Guard in October of 1962. When his service in the Army National Guard was complete, he went to work for AT&T where he worked for 33 years until his retirement. Mr. Duckworth then worked at Mississippi State University in Telecommunications retiring as the Supervisor of IT Services after 14 years of service. While working at Mississippi State he also served the MSU football team and coaches with their on-field communications system and traveled for several years with the football team under Coach Jackie Sherrill. Mr. Duckworth was a member of the Communications Workers of America, Starkville Café Liar’s Club, and Bereans Sunday School Class at First Baptist Church. He loved spending time on his farm in West Point and following MSU athletics. Mr. Duckworth’s greatest love was his friends and family, especially his children and grandchildren.
He is remembered for his work ethic and genuine compassion for other people.

Mr. Duckworth was preceded in death by his wife of 47 years, Linda Jennings Duckworth and sister, Margie Duckworth Bott of Palatka, FL.

Pallbearers are Bob Griffin, Bill Wilson, Ralph Nobles, J.L. Peeples, Jerry Turner, David Smith, Jim Hemphill and Roger Merchant. Honorary pallbearers are the members of the Bereans Sunday School Class.
The family would like to thank the Bereans Sunday School class for all of their love and support as well as Baptist Cancer Center, Legacy Hospice, and Family First Personal Care for their care during his illness.

In lieu of flowers, the family requests donations be made to the Bereans Fund c/o Linda Blair at First Baptist Church, 106 East Lampkin St., Starkville, MS.