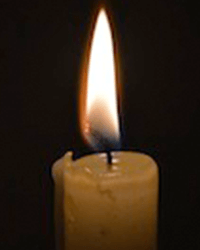 H.M. Stewart, 77, resident of Ripley and former resident of Ashland, passed away Wednesday, October 28, 2020 at Diversicare Health & Rehabilitation Center in Ripley following an extended illness.
A private family service is planned. Arrangements will be provided by The Ripley Funeral Home.
Mr. Stewart was born September 8, 1943 in Oneida, Kentucky, the son of the late Boss and Lizan Davidson Stewart. A Christian, he will be remembered as an avid knife collector. He will be missed as a beloved brother, father, grandfather and friend.
Survivors include his children, Edna Jean Gross and Joe Hamilton, both of Kentucky, two sisters, Nadya Davidson (Forster) of Ashland and Lily McAdams of Brookville, IN, two brothers, Ralph Stewart of Radcliff, Ky and Fred Stewart of Texas and three grandchildren.
The Ripley Funeral Home invites you to share memories with the Stewart family.