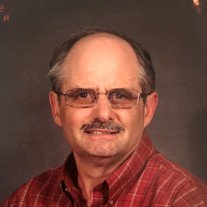 Michael Wilson Adams, 64, passed away on Friday, November 6, 2020 at Diversicare in Amory. He was born on March 21, 1956in Cook County, IL to Odeen Wilson and Minnie Eugenia Davidson Adams. Michael was a graduate of Amory High School and he earned a bachelor’s degree in education from Mississippi State University. He taught high school for 11 years in the Greenville school district. He was a huge supporter for MSU football but was also a devoted Dallas Cowboys fan. As an educator, he valued learning and would spend as much time as he could reading. Michael was a huge supporter of First Friends Respite Center and enjoyed the people in that ministry. His greatest delight was his family, his nieces and nephews. He was a member of the Becker Baptist Church where he participated in the choir and any other activity of the church.

Funeral services will be at 1 p.m. on Monday, November 9, 2020 at Cleveland-Moffett Funeral Home with Bro. Lloyd Minor and Bro. David Jay officiating. Burial will follow in the Calvary Cemetery.

Honorary pallbearers will be Eli White and Gage Pinkerton.

Visitation will on Sunday evening from 5 until 8 p.m. at the funeral home.

Condolences may be shared with the family online at clevelandmoffettfuneralhome.com

Memorials may be made to the St. Jude Children’s Research Hospital.