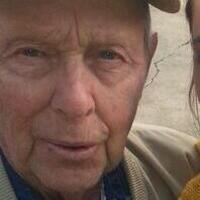 Services will be at 2:00 p.m. Thursday, November 12, at the McNeece-Morris Funeral Home Chapel in Fulton with Dr. Kevin Clayton officiating. Burial will be in the Keyes Cemetery.

He was preceded in death by one sister, Francis Woods; one brother, Carl Holmes; and his parents.

Visitation will be Thursday from noon until service time at McNeece-Morris Funeral Home in Fulton.

To send a flower arrangement or to plant trees in memory of
Travis Jefferson Holmes, please click here to visit our Sympathy Store.

Visitation will be Thursday, November 12, from noon until service time at McNeece-Morris Funeral Home in Fulton.