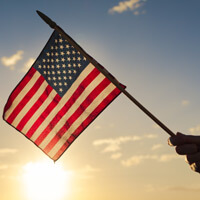 Montpelier- Mr. Joe Henry Stevens, Jr., 74 passed away on Sunday, November 8, 2020 at his home in Montpelier, Mississippi. He was born in West Point, Mississippi on August 16, 1946 to Joe Henry Stevens Sr. and Mildred “Sis” Moseley Stevens. Mr. Henry Stevens was a retired dairy farmer. He was a member of Montpelier Baptist Church. He served in the United States Army in the Vietnam War. Mr. Stevens was the president of the Sparta Water Association and a Deacon for over 30 years.

Funeral Services will be held at Montpelier Baptist Church on Thursday, November 12, 2020 at 2:00 P.M. with Bro. Jerry King officiating.

Burial will be at Palestine Cemetery in Montpelier Community, Mississippi.

Mr. Stevens is preceded in death by his parents; his sister, Mary Dexter Johnson; his father-in-law, Jack White; and his Mother-in-law, Olivia White Bernard.

In lieu of flowers, donations may be made to:

**The family has asked that social distancing and CDC Guidelines be kept in mind. Please bring your mask. If you do not have one, Houston Funeral Home will provide you with one. **