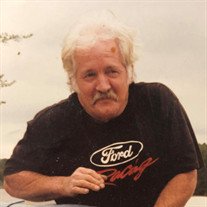 William Lloyd Englehardt (Pappaw Hart), 78, passed away on Wednesday, November 11, 2020 at his home in Nettleton, MS, after a long battle with Alzheimer’s. He was born in Memphis, TN to the late Frank and Minnie Lee Pickle Englehardt. He attended Southside High School in Memphis, TN. He was a mechanic during his time in the United States Marine Corp in which he served from 1959-1965. He retired from Metro Ford in Tupelo, MS. He is survived by his wife of 57 years, Diane Davis Englehardt. He was an avid outdoorsman and enjoyed hunting and fishing for many years and thrived on passing down his knowledge and June Bug Lizard skills to his children and grandchildren. He left a love for good music to his children.

Funeral Services will be held at 10 AM on Friday, November 13, 2020 at Cleveland Moffett Funeral Home in Amory with Bro. Butch Moore and Bro. Joey Goodwin officiating. Burial will follow in Corinth National Cemetery.

Visitation will be prior to the service on Friday from 9 AM until 9:45.

Donations may be made to the Gary Sinise Foundation (www.garysinisefoundation) which provides programs and services for wounded veterans.