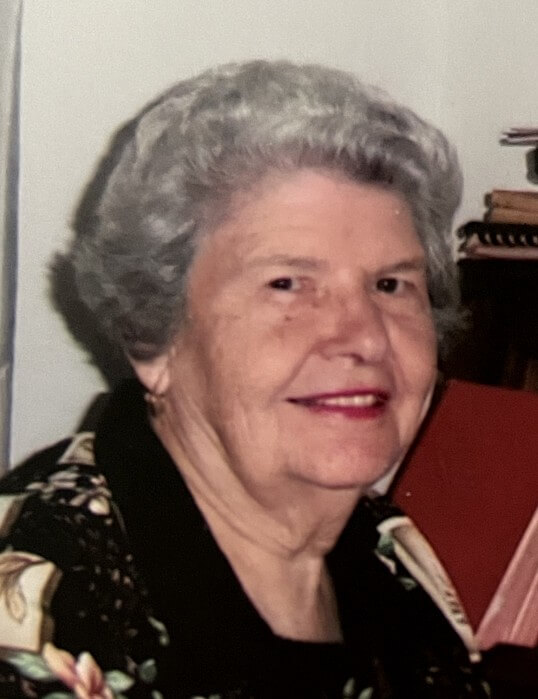 OKOLONA –  Connie Corrine Bray Turner met her Creator on December 2, 2020 after a long, fruitful life of 90 years. Born in Chickasaw County on October 21, 1930 to the late Earl Bray and Lois Morgan Bray, Connie attended the public schools of Chickasaw County and graduated from Houlka High School in 1948. She married Laverle Turner and they began a life together farming and raising livestock on their farm in the new Hope Community west of Okolona until his death in 1980. She worked for a period at Delta Trousers and, the rest of her life, assisted her husband on the farm and became a master housewife. Laverle and Connie were blessed with one son, Larry Laverle Turner, who died in 1992. Connie was a longtime member of the New Hope United Methodist Church where she played the piano for years. She loved music and was a big fan of the Sparta Opera. A pleasant soul and one who enjoyed conversation with friends, Connie loved to go eat lunch at the Sunflower/Food Giant Store in Okolona and visit everyone.

A graveside service only will be held at 2 PM Saturday, December 5, 2020 at the New Hope Church Cemetery west of Okolona. Burial will follow in the church cemetery. There will be no public visitation. Everyone is asked to wear a mask at the service. Holland Funeral Directors – Okolona Chapel in honored to be assisting the family.

She is survived by her sisters, Dovie Ezell and her friend, Ruble Duncan of Houston, and Rubye Riggs and husband, Paul, of Selina, CA; several nieces and nephews and her friends. She was preceded in death by her parents, husband, son, and two siblings, Ruth Eaves and David Earl Bray.

Memorials may be made to the New Hope Cemetery Fund, C/P Joyce Jolly, Okolona, MS.