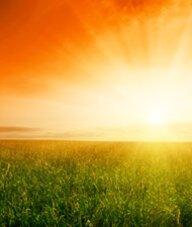 He was born March 5, 1928, in Vicksburg, Mississippi, where he attended public schools. After
graduating from Carr Central High School, he joined the Mississippi Army National Guard in 1947 and
began his long association with the military. He was a sergeant when called to active duty in January
1951 for the Korean War during which he served in the 14th Infantry Regiment. He attained rank of
master sergeant and earned the Army Combat Infantry Badge, Korean Service Medal with two bronze
stars, and the U.N. Service Medal. After active duty, he continued with the guard and was battalion
commander with the 114th Artillery unit at Greenwood then served in the Army Reserve, retiring with
rank of major. He was proud to have served in the infantry and artillery. He was reassigned in 1989 as
lieutenant colonel in the Mississippi State Guard. In 1997, having attained rank of colonel, he was
honored by the State Guard’s second brigade for his many years of military service. He was a life
member of the VFW and American Legion.

Slick had a lifelong passion for motorcycling and began his law enforcement career in Vicksburg as one
of the city’s first two motorcycle policemen (with Paul Barrett) and later as a detective. He then served
the police department at Rolling Fork before joining the Mississippi Highway Patrol, stationed at
Greenwood. He was nearly killed in the line of duty in 1959 when struck at night by a hit-and-run vehicle
while writing a citation for a speeding trucker. He spent months recovering from a broken pelvis and the
head and internal injuries sustained. He retired in 1986 after 32 years, having served as a public relations
and safety education officer and as director, motor vehicle inspection/implied consent division. He was a
member of the board of the Mississippi Retired Public Employees’ Association.

He was a proud mason and a member of St. David’s Anglican Catholic Church in Mayhew, where he was
a member of the vestry.

He married the light of his life, Idabelle Fox Wilkerson, on August 3, 1974, in Starkville. They shared 46
wonderful years enjoying outdoor activities, good food, travel across the U.S. and Europe, concerts,
gatherings of veterans’ groups and other associations, Mississippi State men’s and women’s athletics,
church, friends, family, and each other. He retired from riding his Harley when he reached 80. He and
Belle were with family and friends in Nashville for Thanksgiving when he became suddenly ill.

Slick was a unique, gregarious individual who never met a stranger, knew and was respected by leaders
from all walks of life, and could remember and relate fascinating and humorous experiences, from his
childhood to the very end. His signature greeting, both to long-time intimates and new acquaintances,
was “Have you met me?” He undoubtedly met St. Peter with that line.