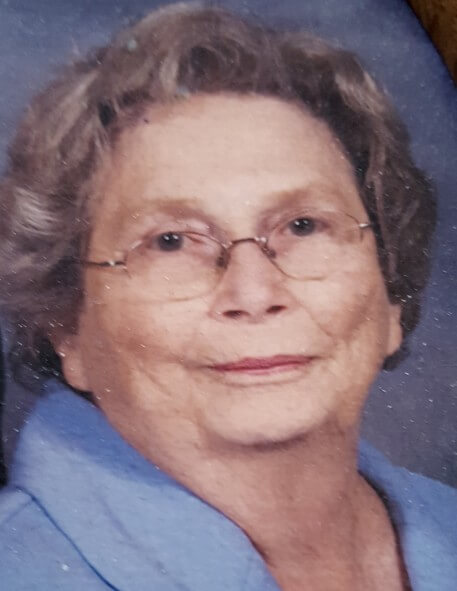 VERONA – Doris Imogene Crowson Schumpert was born May 6, 1932 in Pontotoc County to James Homer and Daisy Pearl Westmoreland Crowson. She married Dorsey Lee Schumpert on February 25, 1955 and they enjoyed 56 years of marriage until his death on January 26, 2012. They lived in Tupelo until 1959 when they moved to Verona. She was a member of Verona United Methodist Church where she taught Sunday School for many years with Martha Blythe. She worked for Dr. Cecil Franks until his retirement. She also worked at Verona School as a teaching assistant. She was employed by NMMC for many years as the Emergency Room Department secretary. She worked for Emergency Physicians until her retirement at age 81. She instilled not only hard work but also strong moral values into her family. She loved her children and grandchildren and great-grandchildren. She was affectionately known as Grandmother to her grandchildren who will fondly remember “Friday Nights at Grandmother’s.” Christmas was her favorite time of year and she loved having all her family together at Christmas. She resided at Avonlea Assisted Living for four years where she was Christmas Queen and Valentine’s Queen. While there, she made hundreds of blankets to give away, which the family will cherish forever.

She was preceded in death by her parents; her husband, Dorsey Schumpert; her son, Timothy; her brother, Milton Crowson; and an infant sister.

The family would like to thank Pinnacle Assisted Living and Sanctuary Hospice House for their love and care.

Memorials in Doris’ honor may be made to St. Jude’s Children’s Research Hospital, 252 Danny Thomas Way, Memphis, TN 38105. Condolences may be posted at hollandfuneraldirectors.com.