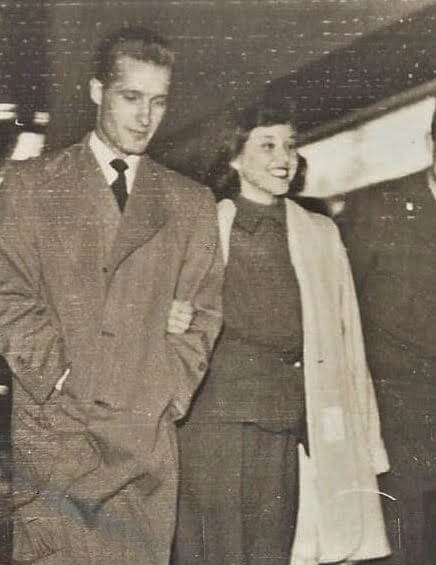 Thomas Howard Clements, Jr. was born May 11th, 1930 in Birmingham, Alabama. At a young age, Tom decided he wanted to join a friend at Augusta Military Academy and, on his own, convinced the school to admit him a year early in exchange for kitchen duty that year. So he boarded a train in 1945 by himself and arrived in Staunton, Virginia, home of Augusta Military Academy. He graduated in 1950 and often said that AMA was where he made lifelong connections and grew to be the man that we all knew.

While at AMA Tom was vice president of the student body, executive officer of the Roller Rifles, president of The Cotillion Club, captain of Headquarters Company, captain of the tennis team, voted “best looking” and “one of the three most popular cadets.”  He began college at Virginia Tech but soon transferred to the University of Alabama where he received his bachelor’s and master’s degrees in Geology/Geophysics. Tom played tennis for University of Alabama and remained an active and loyal fan; in fact, his first job was in Tuscaloosa at the US Geological Survey where he was provided a perfect excuse to sport his red socks and “Bear” Bryant hat every Saturday in the fall. Later, his school spirit was shown through Alabama shirts, blanket, glasses, jackets and a most extensive elephant collection.

During his time at Alabama, he met his wife of 68 years, Joyce Taylor (Clements) of Corinth, Mississippi. Joyce was attending M.S.C.W when they met on a double date (with other people) and quickly decided they were better suited for each other. They began dating and were married shortly after graduation on Dec. 9th, 1952. Tom joined the U.S. Army in 1952 and served until 1954 when he was honorably discharged after his time in the communications and training unit.After living in several cities where Tom’s transfers in the oil business took them, Tom and Joyce chose to live in Jackson, Mississippi to raise their children Karen, Kathy and Tommy. Tom opened his consulting firm, T.H. Clements & Associates/Consulting Geophysicists in 1970 and had a successful career there until his retirement.

During his career, Tom became part of a lively industry that was known to work hard, play hard, wear handmade cowboy boots from Ft. Worth, Texas, wear big belt buckles with their jeans, listen to country and western music, attend cattle auctions and parties in west Texas and enjoy each other’s company. He conducted business from Jackson in cities including Houston, TX, Midland, TX, Odessa, TX, Dallas, TX, New Orleans, LA and others. This type of ‘living large’ suited his personality.

Tom enjoyed people, he remembered everyone. He loved socializing with friends and family and has been described as the “life of the party,” and “a character.” He had too many jokes and sayings to list, and he told many funny stories, all which were told with a twinkle in his eye. He enjoyed growing vegetables and fruit in the back yard garden, he loved grilling out and serving “Tom’s famous barbeque,” playing golf, and touring the region for his son’s tennis tournaments.

Tom became a fan of Mississippi State during his daughters’ college years where he and Joyce traveled to MSU games and hosted several tail-gate parties in his motor home on game days. Trying to be impartial he also hosted some at Ole Miss. At this point he just became an SEC fan!

Tom always wanted the best for his family; he was involved in their lives. He was proud of each and every member of his family and was always in their corner. He lovingly leaves behind his wife, Joyce Taylor Clements of Oxford, Mississippi, his daughters Karen Denise Clements and Katherine Elizabeth Clements, both of Dallas, TX. His son, Thomas Howard Clements, III of Oxford, Mississippi. His son-in-law Mackie Morris of Dallas, TX, his daughter-in-law Jeannette Smith Clements of Oxford, MS, his grandchildren Connor Clements Hill (28) , Addie Elise Wicker (16), Bryce Chapin Wicker (15), Taylor Katherine Clements (8). He loved his many brothers-in-law, sisters-in-law, nieces and nephews, and remained in contact with many of them. Tom passed away with his children and wife with him, which is how he most enjoyed spending his time on this earth.

The family would like to thank Morgan Walter, executive director at The Blake at Oxford for her care and loving attention along with the many caregivers at the Blake who made Tom feel comfortable and at home these past three years.

For further information or to leave an online condolence, please call 662.234.7971 or visit www.wallerfuneralhome.com.