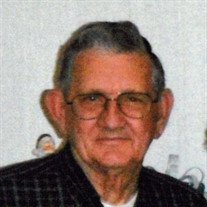 West Point, MS – Frank B. Hodges, 82, passed away on December 6, 2020 at his residence in the Siloam Community near West Point. He was born November 5, 1938 in Terry, MS to Ruth Earlene Hodges and Roy Hegman Hodges. Frank was a carpenter for 45 years and was a member of Calvary Baptist Church. On April 20, 1963 he married Mary Terrell in Jackson. He was a veteran of the United States Navy. Frank was a very loving husband, father and grandfather who took pride in keeping his lawn manicured. He enjoyed watching western movies and shows along with riding four wheelers with his good friend Dale Beck back in the day. Since Frank had such an overwhelming love for the Lord, he took great pleasure in attending and working at Calvary Baptist Church

Funeral services will be Thursday, December 10, 2020, 11:00 am at Calvary Baptist Church with Dr. James Towery officiating. Burial will follow at 3:00 PM in Lakewood Memorial Park South in Jackson, MS. Calvert Funeral Home of West Point is honored to be entrusted with the arrangements.