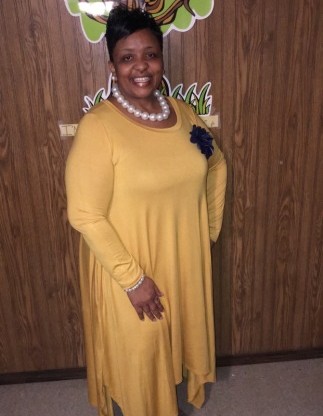 Sharon Cherita LeSure was born on November 7, 1969 to Earnest and Minnie S. LeSure in Holly Springs, MS.   She was the second born of four children.   She dedicated her life at an early age to Christ and joined Hopewell No.2 M.B Church, where she was a faithful member of the choir until her health failed.

In 1986 Sharon became a mother to her firstborn Jarmarcuis Jermaine LeSure and in 1993 she was blessed with a daughter Jermeka Lantrice LeSure.

Sharon attended Holly Springs High School, where she was a part of the class of 1989. She had a great love for people, especially the elderly.  She was employed with Holly Springs Hospital for many years; then later joined the team at Christopher's Manor Assisted Living, where she was a dedicated worker who cared so much for her patients.