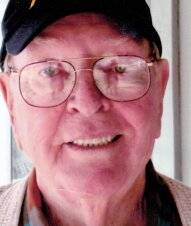 Billy Charles Eskridge, 85, of Sturgis, Mississippi, passed away peacefully on Wednesday, December 9th, 2020 at his home after a long battle with a severe chronic medical condition. He was surrounded by his closest family at the time.

Bill leaves behind his wife, June, two sons and their respective families, Lance and Melanie Eskridge and their children Matt and wife Emily, Ben and Nicholas and Kirk Eskridge and his children Curtis and wife Ashley, Madelyn, Jackson, and their mother Sharon.

Bill was born in 1935 in Winston County by parents James W. and Nellie Eskridge.

He is survived by his brother Jimmy Ray Eskridge of Gulfport, Mississippi and sister Alice Hayward of Hillsboro, Oregon.
He was a devoted husband of 60 years to June and a wonderful son, father, uncle, and a good and true friend to so many.

Bill graduated Sturgis High School in 1953 where he won the Mississippi state championship, then played football for Southern Mississippi, McNeese State and East Mississippi where he was inducted to the Football Hall of Fame there. He then entered the Navy and served until 1959. After being honorably discharged, he began his career at the Borden Food Plant in Starkville, Mississippi where he worked for 25 years. During that time and after, he commercially raised cattle and followed into his father’s footsteps as a Pine Timber man. In 1989, He and his wife June also opened and operated The Merchandise Warehouse in Sturgis, Mississippi which was a successful regional shopping destination and acknowledged as such by Southern Living magazine in 2003.

Bill was a proud member of the Sturgis Baptist Church, The famous Sturgis Coffee Club and the EMCC Lions Club. He will be sorely missed by all that knew and loved him.

The private funeral service will be held at Bevill Hill Cemetery in Louisville, Mississippi, Friday, December 11th, 2020 at 2:00 PM.

The family requests as for his wishes in lieu of flowers to donate to the Sturgis Baptist Church.