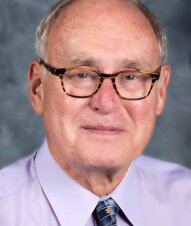 John truly never met a stranger and was a gifted purveyor of nutty humor on a regular basis. A lover of horror films, the Sahara Desert, and local bookstores; a connoisseur of fine art, history, the Somme, poetry, dusty libraries, gourmet cooking, and exploring his hometown of Detroit—John was also steadfastly determined to protect both animal and human rights. He authored glorious instructional books for his grandkids as well as composing a comprehensive genealogy and detailed description of the Harkness family back through the 13th century. John also co-authored the first lab animal textbook. Forever loyal to family, from his children and grandchildren, to his brothers and many nieces and nephews, he never forgot a birthday. He taught those he loved to seek out the under-dog, to be polite, to ask others questions about their interests, to read as many good books as possible, and to travel the world with abandon.

John was an intrepid traveler and consummate wanderer from Peru to Easter Island, China, Russia, New Zealand to Polynesia, Libya, India, Norway to Portugal, Iceland to Vatican City, South Africa, Syria to the Ivory Coast, Greece to Lichtenstein, Tanzania to Latvia, and Singapore to the Arctic Circle. He was an extraordinary man who led a tremendously full life and left memories and stories that will span many future generations of the Harkness clan.

Memorials can be sent to the Starkville Oktibbeha Library or the Starkville Arts Council. Thank you Ryland’s Caregiving Service and Welch Funeral Home.