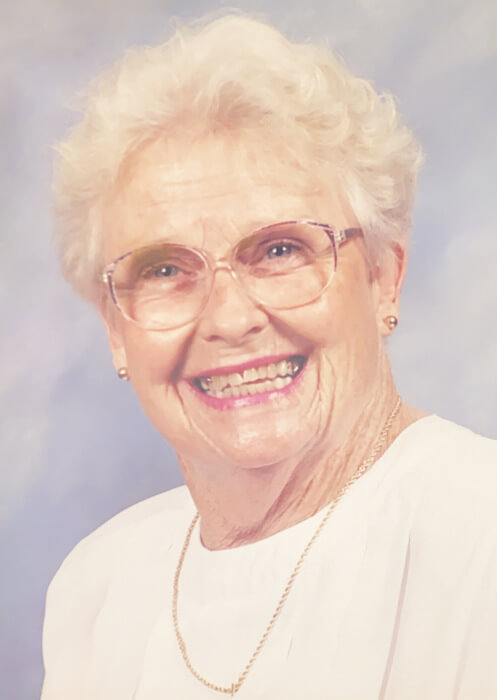 Gloria was welcomed into God's glorious presence on December 20, 2020. She was born to Audie and Ollie Coggins, Novmeber 9, 1931 in Baldwyn, MS. She was the youngest of four children. She was preceded in death by her parents, her brothers Lenoir Coggins of Birmingham, AL, Bernard Coggins of Baldwyn and her sister, Doris Coggins Davis of Corinth, MS. Bernard Coggins was a POW WWII veteran who returned to Baldwyn to become the mayor for 20 years, then superintendent of middle schools. He is well known for having developed the sports grounds at Latimer Park. Her sister, Doris, was Miss Mississippi in 1939 and became the first Miss Congeniality of the Miss America pageant that year.

Gloria attended Mississippi State where she was chosen as a "beauty" in 1950. While there, she met and married the late Duval Pierce Heflin, of Laurel, MS, who was the love of her life for 45 years. Duval taught and coached at Wheeler High School, as well as Itawamba Junior College in the 1950's. She is survived by her son, Jephre A. Heflin (Pat), granddaughters, Shelley Singh of NY and Casey Heflin of Pelahatchie, MS. She is also survived by her daughter, Melanie Seeger (Jeff), grandson, Elliot Seeger of NC and granddaughter, Christina Seeger Pappu (Abhishek) of SC.

Gloria was a resident of Tupelo for many years, where her husband worked with JESCO. She worked at the Tupelo Country Club. They later moved back to her husband's home town of Laurel, MS where they remained to his death in 1994. She later returned to her home town of Baldwyn to care for her older brother, Bernard, where she remained as resident until her death.

Gloria was an avid reader all her life. She would bring a stack of books home from the library, often. She was also an avid Bridge player, playing with friends a couple of times a week. She was a part of the "coffee girls" who met at Houston's Drug Store several times a week, to chat about happenings in the community. Yet, she would want to be remembered most for her faith in Christ. She was a member of the First Christian Church originally, then attended the Brices Crossroads ARP Church in the later years. She made several trips to Pakistan to visit her daughter and family who were doing mission work there. She served as a church secretary for several years, while living in Tupelo, and later in Laurel. Gloria was a loving, devoted wife and mother as well as a loyal friend to those who shared life's journey. Many in Baldwyn will remember her pleasant, friendly ways in the town and community she loved.

Special thanks acknowledged for Lawanda Graves, her daughter, Aleigha, Renita Bullock and Peggy Grice who faithfully and lovingly cared for her in her home. In lieu of flowers, please make donations to the Wounded Warriors Project or Anne Spencer Cox Library in Baldwyn.