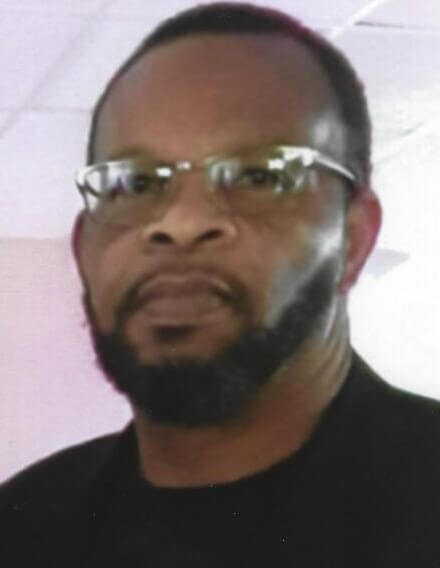 For we know that if our earthly house of this tabernacle were dissolved, we have a building of God, an house not made with hands, eternal in the heavens. – 2 Corinthians 5:1

Wayne Pannell was born October 9, 1957 to the late William Pannell, Jr. and Emma J. Betts Pannell in Pontotoc County, MS. He peacefully departed this earthly life December 20, 2020  at North MS Medical Center in Tupelo, MS after a brief illness. We can’t say in any chronological order of Wayne’s life because with “Father Time” we all have different memories. He was so much to each one of us. So we simply say, whatever you think him to be, then that’s what he is to you. He attended schools in Shannon, MS and Belden, MS and graduated from Eagle High School in Hopkinsville, KY in 1978. Wayne was a free spirit, always on the move and doing “Whatever.”  The Belden community could not hold him down so he lied about his age and joined the Army. After about four weeks of boot camp he was calling home crying for his mother to come and get him out.  With much encouragement ,he stayed and served as an Infantryman and reaching the rank of SP 4 and earning commendations for Sharpshooter Badge M-16 riffle, Good Conduct Medal and Expert Hand Grenade Badge.  He was honorably discharged from the US Army in 1982. After returning home from the military he became a “Jack of all trades and a master of none,” meaning he did all kinds of jobs from serving his country to serving up burgers.  His fondest and most recent job was at Crescent Memorial.  He loved working there and was very fond of his boss, Mr. Terry Jackson, and fellow employees.  Even with his medical challenges he was working towards getting back to work.  Now we say Dad, Granddad, Brother, Uncle, Nephew, and Cuz, take your rest, the work is done.

He was preceded in death by his son, Derrick Rogers; his sister, Theresa Hendrix; and his brother, Timothy Pannell.

A service celebrating his life will be held on Saturday, December 26,2020, at Holland Funeral Directors -Tupelo Chapel at 1PM. Visitation with the family will be from 11 AM to service time. Burial will be in New Salem Cemetery in Pontotoc County. Pastor Carl Shack, Sr. will officiate.

Condolences may be posted at hollandfuneraldirectors.com.