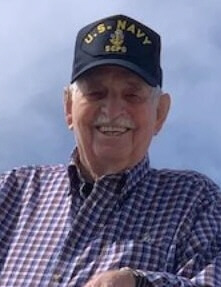 Saltillo- James Ray Michael, was born on August 8, 1936 and passed at his home after a brief illness on December 22, 2020 at the age of 84. He was a loving husband, father and grandfather. He loved working in his yard, watching tv, reading and being with his family and his cat, Benny. He served 25 years in the Navy and retired as a Senior Chief Petty Officer. He was survived by his wife Linda Michael daughters Michelle McClellan, Mandy Johnson (Casey Weir) , son Tracy Peters (Lorretta) and grandchildren Lacy Moore ( Will), Maverick Peters (Kelsey), Harley Peters, Alison McClellan, Ace McClellan, Noah Johnson and 2 great grandchildren. Their will be a private family service at Birmingham Ridge Baptist Church at a later date with Bro. Bobby Holland. He was preceded in death by his parents, a brother Bobby and a sister Peggy. Waters Funeral Home will be handling the arrangements.